Elephants have excellent memories and they cry real salty tears. When one dies, the others grieve. Earlier this month, a story about Raju the Indian elephant went viral. Raju had been kept in chains, wearing spikes that dug into his legs when he tried to move. He was starving, eating bits of paper and plastic in desperation. When a team of animal welfare activists came to rescue him, he seemed to cry in relief. I read about Raju in the last days of my treatments for cancer, and identified with his story of suffering and release from suffering. 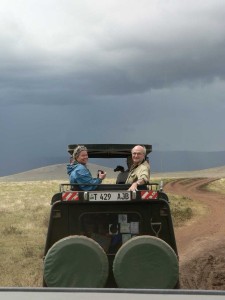 Tomorrow evening, my partner Steve is going to be talking about the welfare of elephants, gorillas and other magnificent, endangered animals at the monthly Green Drinks get-together here in Bathurst. Steve’s a member of the Protected Area Workers Association (PAWA). One of PAWA’s projects is to support rangers working on the dangerous frontlines between national parks and poachers. PAWA also supports the work of Sean Willmore and the Thin Green Line Foundation, which was featured on Australian Story a couple of weeks ago. So, if you’re in Bathurst and you’d like to get along, it’s at Rahamim at 34 Busby Street, Bathurst, on Friday July 25 2014 at 5.30pm, phone 6332 9950. (Note: The drinks themselves are not green, but offerings from the local Vale Creek Winery).

Meanwhile, I’m on the up and up! I’m hoping like hell this blog will stop being an illness narrative and start morphing into something else. Not sure what, exactly, but it might include further musings on crochet, craft, illness and the body … with pictures ….

Just as I sat down to write this, Helen arrived with a new hat. It’s a gorgeous felted wool number with a lining that makes it very comfy. I’m expecting to be bald for a little while yet, so thanks, Helen!

4 thoughts on “The elephant’s tears”