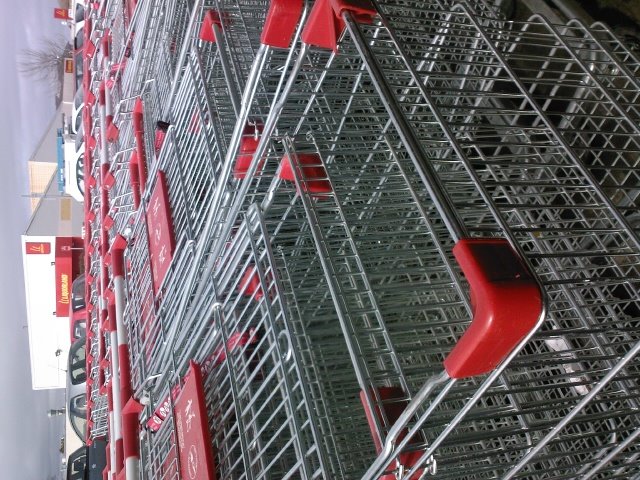 Varuna! Varuna, Varuna, Varuna! My ideal place in all the world! The ideal way to live! People leave you alone all day and then, at a time of your own choosing, you go back out into society, and what a society it is! Beautiful, sympathetic, well-read women (it’s always been women, for me) all happy to have a laugh and talk about anything, anything.

I need toothpaste and gym shoes.

In Kmart, an old woman at the register next to mine is muttering away to the young man operating the till about how someone else, some unnamed other person, had “put a lot of stuff” on her card and if it didn’t work… she was ready in everyone in earshot for the shame of the plastic card being rejected. The young man chatted with her politely and tactfully. Then the woman in front of me, another older coated lady, stopped our checkout operator when she saw some dreadful numbers. Two dollars eighty nine for an exercise book! But they were only one dollar twenty eight – it said so on the shelf! The young woman at the register – cheerful, polite, not batting an eyelid – said, “Would you like me to call someone?” I glanced around, looking for a possibly faster queue. The call went out on the p.a. for someone from stationery to come over for a price check. Mercifully, the checkout girl let me go through before the ex. book price was resolved.

I got out of Kmart with my pink gym shoes. I’d searched for girls’ gym shoes in not-pink and they didn’t exist. The woman at the next table is cradling her baby, saying, “My little possum.” It is rather the dearest, cutest little baby. Now it is facing me over its mother’s shoulder.

Anyway, back to the shopping. I had the pink gym shoes in my backpack; now I was in the market for toothpaste. I looked for a small travel tube. No such thing, so I went for a big pink tube of Sensitive. Clearly all my purchases today were going to be pink. I got to the cash register and immediately a large man loomed over me, unstable on his feet. He grabbed the conveyor belt counter with both hands to steady himself, to stay upright. He was big. If he fell over he’d flatten me. He had cola, a big two-litre bottle of no-name cola, in front of him. His hands were twitching. He was a complete mess.

There now unfolded more plastic panic. The young woman two people in front of me had a card that the swiper wouldn’t read. Lots and lots of tries. The young checkout girl remained cheerful, endlessly poking the plastic card into the sot, hoping it would be different this time. Finally she handed it to the young woman – whose baby was yowling in its pram exactly like a cat, so much so that I thought there really was a cat about – and asked her to have a try. This time it worked first go. The big man behind me swayed. He had both hands on the black rubber conveyor belt. As it moved, his hands moved too; again, I had fears that he might topple. But he righted himself. Meanwhile, the plastic card problems ahead had made the old coated woman immediately ahead of me in the queue nervous. She opened her purse and tipped out all her plastic cards (three or four). She was sorting through them. She had an enormous block of no-name cheese and a poignant pile of regular adhesive sanitary pads. Incontinence probably. And some other things – the cheap essentials of a poor person’s life. My own wallet was bulging with cash and plastic cards that I knew were full of money. Her card was read by the machine, but it was declined. The machine said “refer.” “Refer” is just a polite way of saying “no money in here.” A call went out on the p.a. Lucky I was in no hurry – no hurry at all in this my Varuna week.

The staff of Franklins prepared to deal with the old coated lady with no money in her plastic card. We – the looming man and I – were invited to go to the next register while this was being sorted out. I was next, so I put my toothpaste on the conveyor belt nearest the till. The looming man, with absolutely no sense of personal space, put his cola down right beside it. The new checkout assistant blipped them both through before I had a chance to stop her. “Oh,” she said, “Now I’ll have to void it.” She and the first checkout girl conferred on voiding the purchase. It was taking a very long time to buy this toothpaste. I’d had my pink five dollar note out the whole time, ready. “That’ll be eight dollars,” the assistant told me. Now it was my turn to be the surprised and slightly indignant customer. “Is that eight dollars?” I asked. I was sure she must have made a mistake and I was still being billed for Mr Looming’s cola. He was desperate for his cola. He was twitching, breathing, swaying. This was not easy for him. “Yes,” she said. “It’s because it’s sensitive.” I got the other three dollars out of my fat purse. A two dollar coin and a one dollar coin. I handed them over. “Thank you!” she exclaimed, with the air of one who has got off lightly. No doubt she’d been bracing herself to be told that the pink five dollar note was all I had. Maybe she’d been expecting me to go muttering back to the toothpaste aisle looking for a cheaper brand. But I had the money. I went through, smoothly and easily.