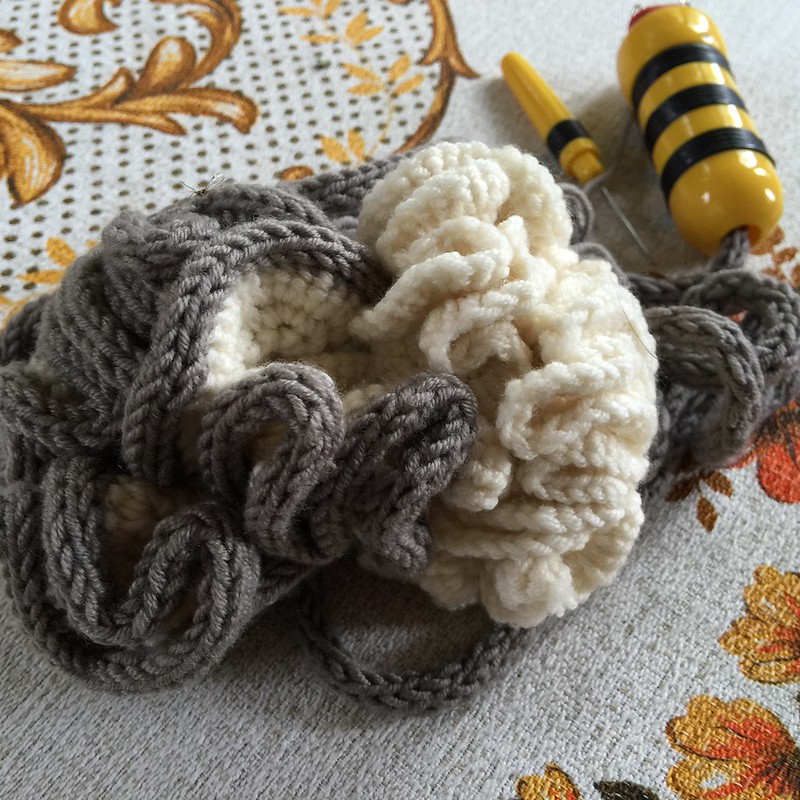 I’m part of the way through crocheting a brain. The small intestines I crocheted last year looked rather like brains, so now I’ve decided to deliberately make brains. This particular piece is all about the process, not the product. It is so satisfying to go round and round the knitting Nancy producing an endless stream of grey matter. I’m going to give this one to Ben Gelin. Ben Gelin is often to be seen in the Hub cafe here in Bathurst. For some reason, recently, we had a quick chat about brains, and how he’d like a new one, and I secretly decided that my new brain would be for him. Speaking of brains – it may be that I blogged about this not very long ago, and that’s why we were having the conversation and here I am repeating myself. Anyway, the French knitting has moved on, there’s more brain.

Meanwhile, the brain-like corals of the Great Barrier Reef were dealt a new blow by the forces of coal and climate change and all those making money thereby. The new Labor premier of Queensland has announced that dredging the reef for a giant coal port is both “sustainable and responsible”. So the corals will cop it from both the dredging process and, further down the line, from the carbon dioxide pollution created by the burning of the coal exported via the port. This morning I read that giant holes in the ground, thought to be the work of asteroids or aliens, were actually down to a much less exciting phenomenon: methane explosions caused by the warming of permafrost due to climate change. We humans may be smart but somehow we have no brains. We’re trashing our own living room.

As for hair … I went to the hairdresser and got myself a new hairdo. After chemo, it grew back seriously grey and I was dithering about what to do. Go with it, or attempt to re-assemble what I looked like a year ago? In the end I went for re-assemble, because I just wasn’t recognising the person in the mirror and I just didn’t feel ready to go straight from being a teenager to middle aged. Oh well, yes, I was a little older than teenage. I am in fact middle aged and in fact have grey hair. But not now. It’s been nuked. As soon as I did it, I began to regret it. I saw nothing but beautiful women with grey hair. So I am, as Anne Frank once said, a bundle of contradictions.

4 thoughts on “Hair and coral and brains”