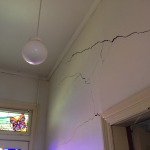 1 thought on “This (highly visible) body”