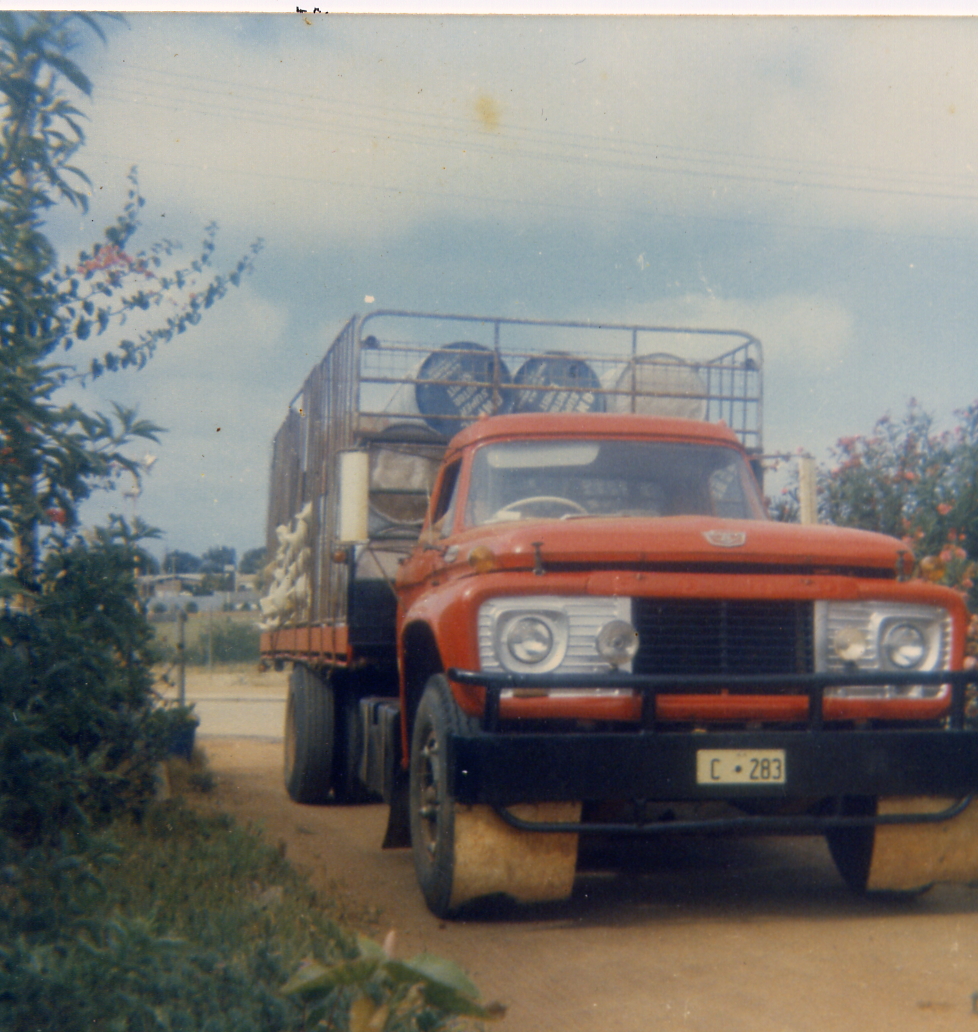 I have a convoy in my head and a red dog in my heart. Let me explain. I know these people who’ve driven down to Canberra in their big rigs. I know them well, because I grew up with them. When I was a child, Dad drove a red truck all over the red dirt of the north west of Western Australia. I lived and played in the red dirt. We lived this life directly, without a narrative. What I mean is, we weren’t self-consciously part of any bigger story about life in the outback; we just happened to be there at the time. The dirt just happened to be red and the sky happened to be the biggest, bluest sky there is, climbing down to the biggest, bluest Indian ocean, complete with migrating humpback whales. Lobsters (we called them crays) sat idly on reefs waiting to be picked up and popped in a driftwood-fired billy boiling on the beach. At 17, I fled this idyll without a backward glance. But now, 30 years later, I go to a screening of Red Dog and just about die of the pain of nostalgia. When I was 14 I worked at the Ampol Roadhouse making beetroot-sodden burgers for truckies, and that’s where I found Sara Davidson’s Loose Change, on a wire rack of slightly racy novels about sex. In the book, Sara Davidson said some of her memories of the sixties made her writhe on the floor. As a 14 year old I was puzzled and slightly embarrassed about this. Watching Red Dog the other day, I got what she meant. If I hadn’t paid for my ticket I might have had to leave. It was so nostalgic I couldn’t stand it. It was writhe-on-the-floor nostalgic. Okay, so when the convoy hits Canberra my leftie feminist intellectual head says “#truckwits” like the other leftie Twitterers; but my heart is full of Red Dog.

This morning Merrill Findlay and I had a quick phone conversation about this. Merrill was in Carnarvon, my childhood town, in the early 1980s, after we’d left. She wrote a wonderful book about it. Now we both live here in the Central West, having lived for years in Sydney and Melbourne. Merrill’s creating a Song Cycle about the life of Kate Kelly, sister of Ned. There she is, in the bush, using some of the same material that we find in mainstream Aussie mythology (history, landscape) to create a new story that includes women, Chinese people, Aboriginal people, maybe some Afghan cameleers. Writing them into the story as if they were, preposterously, at the centre of it and not part of the colour around the edges. It has always felt impossible, reconciling these two parts of my life: the red heart and the critical mind. Maybe they can’t be reconciled; maybe an attitude of tolerance, an admission that we’re all here, criss-crossing this landscape, is as much as we can hope for.

This convoy… what’s it all about then? The men in the big rigs are at the centre of mythology but they’ve never been at the centre of power. That pisses them off. Somehow, someone is taking something from them: the big blue sky. City types are saying it’s no longer infinite; it’s full of carbon atoms and their trucks are to blame. I don’t know. I’m just dashing off these thoughts.