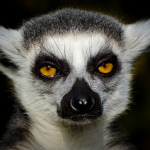 It’s hard, though, when it’s something you haven’t seen before: a man with a hole in his throat that he uses to breathe through; a penis; a woman from India who appears to be wearing her curtains. After a while you understand that it’s rude to stare because it makes the staree uncomfortable. There’s not just you in the world, looking out. Other people have feelings. It’s all right, however, to stare at things. They don’t have feelings.

My body, under my clothes, is eminently stare-able. Some things are missing while other things have been added. The first time I went to the swimming pool after surgery, I changed into my bathers in the toilet cubicle, because there were young children there with their mothers and I didn’t feel like adding my strange naked body to the mix. The next time, I just changed with my back to the room (my back looks normal) and by the third time my new body seemed normal to me and anyway, if people stare or ask questions they can go right ahead. (It would appear that nobody’s looking/nobody’s noticing/they’re all being discreet.)

Normal. Such a loaded word. We are heavily socialised into what’s normal. We spend our school years practicing normal, sifting normal from odd, inventing and applying new rules, including and excluding. Bullying.And sometimes people are regarded as things, so it’s okay to stare. The days of the human zoo are not that long behind us. Aboriginal people are still working on getting back the heads of relatives that were sent overseas to museums.

And then there are bones and Egyptian mummies and people from thousands of years ago whose bodies have been beautifully preserved in icy peat bogs. Surely it can’t hurt to stare? And yet, as we stare (even if just on a computer screen) there’s a presence. The wisp of the presence of that person, a trace, perhaps, of their feelings.

As I get older, I get twitchier. By which I mean, I’m getting more interested in bird watching. If I go for a walk, I notice the birds. I sometimes remember to take my magnificent binoculars, a present from Steve. I spy on the birds.

On a visit to Shark Bay ten years ago, I followed a twittering sound to its source – a small spiky bush. I pushed a branch aside and there, in plain, easy view below me, was a nest of baby birds, now suddenly silent. For a split second I was pleased to find the nest, to see the birds up close, but then I felt bad. It wasn’t just that I might have frightened the baby birds. It was a different feeling, more like being embarrassed when you barge into the loo when someone else is in there. It felt wrong to be peering into such a hidden, domestic space.If I were a fox, I’d have just enjoyed the buffet.

Anyway, here’s a giant tortoise who was busy mating with his girlfriend when a film crew rudely interrupts. Piss off, says the tortoise, and gives chase.

3 thoughts on “On being stared at”