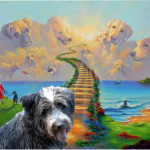 Another year down, and all is well! I’m still here and my numbers are still nice and low – 12 last time we looked. For this, I thank modern medicine and the wizardry of my two surgeons. I’m happy but never entirely out of the woods. I walk in the wooded valley of the shadow of the Rainbow Bridge. People think the Rainbow Bridge is just for pets but it’s not; it takes bookings from anyone. Actually none of us ever gets out of the woods. There’s always more woods. And woods are beautiful places, buzzing with life…

Anyway, I’m getting carried away by my own metaphors, so let’s move on.

While last year was all about taxol, carboplatin and long stretches of time on the couch, this year was a bit of whirl as I got back into Life at 100km an hour. Teaching was weird. I’m probably a bit like Samson, taking strength from my hair. I felt I didn’t have quite enough hair to stand in front of a room of 19 year olds and hold my own.  Meanwhile, I was sewing three giant turquoise dresses and learning my steps for the Invisible Body performance in May, where three of us did nifty moves on stage while someone else read out our personal accounts of living in bodies. We did this twice and then on the last day of the Bathurst outpost of the Sydney Writer’s Festival I got to be on a little panel of bloggers talking about our blogs. I said I blogged every Thursday, no matter what. This commitment has now begun to unravel, as you may have noticed.

What else went on this year? Check the photos on the computer. Oh, a LOT! There was a little campaign to save the Tremain silos in Keppel Street (saved!); Tracey Carpenter’s campaign for the state seat of Bathurst (retained by Paul Toole); the giant Diffenbacchia pot plant reached the level of the ceiling fan and then FELL OVER. I cut it off to its stump, leaving its two daughter plants to replace their mother (they are going very well); we had an Afternoon Teal to raise money for ovarian cancer at which Deb and Bernie, Max and Joey auctioned small items and we made lots of money (and Larissa baked cakes using the neighbour’s stove because ours was on the blink); there was the trip to Kandos to help Karen Golland poke pom poms into the ground, and then a day at Cementa; a school hols visit including nephews and a random kid they brought along; a trip to Shelley beach with Bertie and his cousin Wicket; painting ring-pulls for this year’s Waste to Art exhibition; an attempt to make sauerkraut (it looked the part but we never ate it); making Nicole Welch’s promotional video; getting more hair; going to TASMANIA (Maria Island and Hobart and a bit of the east coast) with Ranger Steve; experiencing a day of snow in the streets of Bathurst; experiencing, with all of Bathurst, the shock of the murder-suicide of cafe proprietor Elie Issa and beautiful real estate agent Nadia Cameron; more hair; following along as Mum constructed a separate wing at the back of Deb’s place to move in to; and then the grand flurry of the 200 Plants and Animals exhibition in the Bathurst CBD, followed by a battle to stop a gold mine sucking water out of the Macquarie River. Steve’s sudden obsession with kayaks. Whoa! No wonder I’m tired! And that’s not to mention the first steps into a PhD and the most amazing thing I haven’t mentioned yet but will mention now.

Over the last half of this year, I was mentored by the totally amazing and brilliant Charlotte Wood, author of The Submerged Cathedral and The Natural Way of Things as I made one last charge up over the trench and into the enemy lines of Finishing This Wretched Novel for Once and For All. (I’d finished it before, a couple of times, but not really. It still had essential problems, problems I was hoping some editor, somewhere, would help me fix.) Charlotte gave me some big guns. Howitzers. These will be handy in future battles. So as 2015 comes to a close The Lucky Galah, the novel I’ve been working on forever, is now really, truly, ruly finished, except for some typos and tiny touch-ups. And I’m so glad I didn’t settle for faulty earlier drafts. This novel is not quite the perfect thing I had in mind, but it is as good as it’s ever going to get, so that’s that. Done. Line ruled under. All over.

Meanwhile, out in the bigger picture, I just want to take a moment to savour the moment Tony Abbot was ousted. I know all the stuff about Malcolm carrying on most of the same policies, only in a more smooth-talking way, but I tell you what, that moment of waking up the next day was pure bliss. It was like a weight dropping off the shoulders of the nation.

Finally, little Wicket the long-haired dog really did step over the Rainbow Bridge recently. Vale Wicket. And Vonnie, my sister’s Mother in Law, with whom I spent many Christmas days. And thinking of Dad, too, who is sitting on a chair on a deck somewhere over the Rainbow Bridge, with his big white Maremma dog at his feet, looking through his binoculars at all the native Australian birds in the tree canopies. 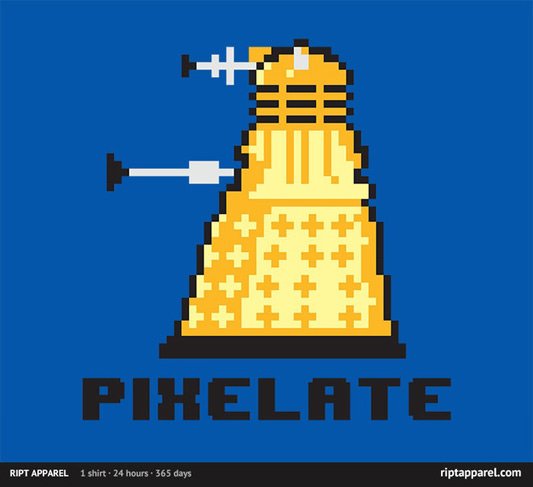